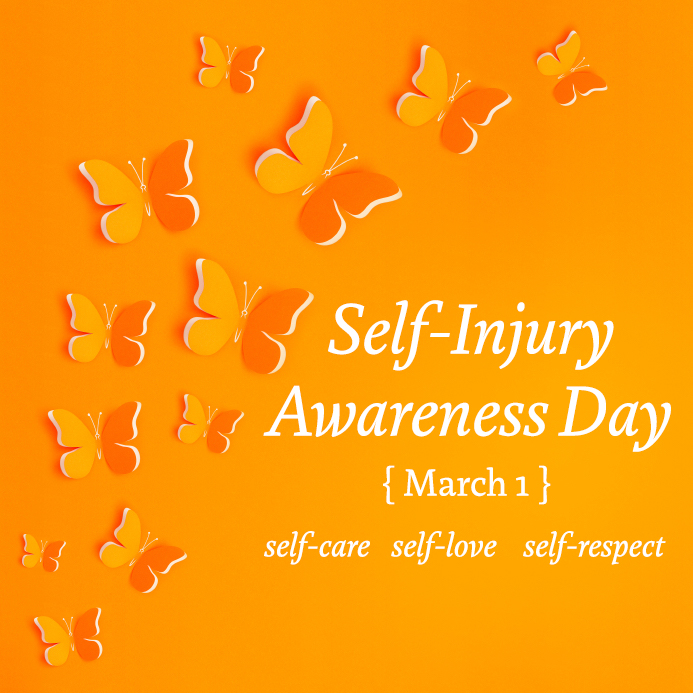 Self-harming: Learning to understand, not judge.

Society generally uses to the term ‘self-harm’ to describe when people hurt themselves, perhaps by punching, hitting, cutting or burning, as a way of dealing with difficult feelings or overwhelming situations and experiences.

Taking drugs, even taking anti-depressants combined with large doses of over the counter painkilling drugs and drinking excess amounts alcohol are also forms of harming ourselves.

We are choosing to ignore our internal voice or in the case of so many young people, simply not even aware of a voice that is trying to communicate that, actually, we are harming our ‘Self’.

The triggers can be complex: low self-esteem; mood swings; anxiety leading to depression; academic pressures and/or barriers to engaging at school; sexual, physical and emotional abuse; domestic violence in the home; social and emotional issues around key relationships; and problems such as bullying or body image.

Social Media and all its associated pressures are also increasingly significant factors.

Self-harm is an expression of a deeper problem, which is why early intervention services to support these children are vital. Resources are so stretched and often young people especially living in the more deprived areas struggle to get access or referrals to specialist mental health services.

Self-harm is seen as the biggest risk factor for subsequent suicide, which is now the second most common cause of death in the under-25s worldwide.

When a young person inflicts pain and injury upon themselves, the body responds by producing endorphins. This can bring on a short period of relief and calm whereby tension and negative feelings are dispelled. The addictive nature of self-harm can make the behaviour difficult to break and treat. Watching other peers and copying self-harm is highly contagious (schools fear it).

Young people who self-harm say they still feel the pain, but that it is easier to bear than the emotional pain they are experiencing.

Feelings of low self-esteem, sadness, anger, even despair leads to an inability to control emotions, often using the defence of dissociation to cope with those emotions.

However, what then follows is the feelings of shame, self-loathing isolation and guilt.

Young people who feel emotionally neglected and unloved can try to use this behaviour to gain control and even manipulate those people around them who they feel so abandoned by.

In our work we see the link with self-harming to those young people who feel rejected by their primary care givers, in the vain hope of receiving more care if they present with this behaviour. Escaping from fears and to reduce feelings of anxiety

Whatever the reason, self-harm is a desperate action. It is a cry for help to show that something is wrong in that young person’s life. Something that they have not managed or felt enabled to express in any other way.

As Coaches working with the young people who access our programmes, we endeavour at all times to demonstrate an empathetic, compassionate, open, non-judgemental response, attitude and approach in all interactions and dialogue. It is really important to ‘stay present’ with the young person and show no shock or emotion. We make the time to contain the space, to listen. It is taking the ‘Positive Parent’ role for a short while but enough time to make a difference…that is our objective and intent.

We try not to focus on the behaviour of self-harm.  It is what is behind the behaviour that we need to learn more about.  What is causing and driving the young person to adopt this behaviour?

The The Seeds of Change environment could be the first place that the young person has felt safe enough to disclose their behaviour. Or it could be that they want to manipulate the coach’s emotions in their efforts to express their anxieties and test relationships.

The horses can really help us in our work.

I recall a case of a 14-year-old girl coming along to us, having been referred for confidence and low self-esteem issues. No mention of her self-harming was made in the referral process. However, it soon became evident when the girl seemed reluctant to take her coat off, even in warmer weather; something was not right.

At first, I considered that it might be a poor body image or maybe an eating disorder (she appeared a little underweight and often declined any form of refreshment). After four sessions, on a particularly warm day, I gently suggested she take her coat off.

She did so and I noticed that she was wearing a long-sleeved jumper underneath the coat.

At her wrists, I noticed some sort of bandage peering from her cuffs. Her eyes set on me, then onto her arms, I sensed her almost wanting to draw me down to that place.

I maintained a steady gaze and asked her if she was ok and if she wanted to talk to me about anything. She hesitantly responded by saying, “If I do, you will think I’m bad and you won’t like me anymore”.  After a few moments in which I tried to assure her that this was a safe and kind place for her, she slowly rolled her sleeves up a little to show the bandages which looked old and worn, and not very clean. Sensing that an activity of some sort would enable the young person to feel more at ease I asked, “Ok, what would you like to do right now”. “Go for a walk”, she replied.

At this point, I felt inclined to go for a short stroll to the horse barn. As we walked up the line of stables with the horses mostly looking out peacefully at us, the girl stopped just by a horse that was grabbing and pulling at the stable door, making quite a distressing sound like someone gulping and then gasping for air. “What is he doing?”, the girl asked.  “It’s a she”, I said. “Her name is Whisper.” Then I explained that the horse was demonstrating a nervous behaviour based on past experiences, and that there was a term for it, being a vice, called ‘Windsucking /Crib-biting’.

I went on to explain the horse’s story, using her as the ‘third person’ (which is so powerful an intervention when working with anybody experiencing trauma and distress because It helps the facilitator work with the individual in a third person sense, which has the effect of enabling the person to feel they are not alone or identified as the problem).

I revealed information about the horse’s past where it lived in a large breeding centre fighting for attention and food, and then in a racing yard where there would have been many daily changes of people/horses and environments, and how the horse had not thrived. She had been removed form that place, fortunately for her, but some of the anxious behaviours remained in times when she felt vulnerable or frightened.

The girl asked lots of questions about the horse and then asked if she could work with her.

I had hoped for this outcome and the feeling of the power of connection between them has never quite left me. Even after several years, the memory serves to remind me of the worth of the work that we do.

What happened over the next few weeks was beautiful to observe. Both beings seemed to relax in each other’s company and gradually the girl was able to express to me through the horse, her feelings and emotions which were making her repeat the self-harming behaviour.

Through the time of working with her chosen horse, the young person was able to observe and come to understand for herself, how the horse, when she felt less threatened and secure, would revert less to those addictive and learnt behaviours, and when we worked outside in her natural environment, how much she improved again. This enabled us to work with the transferrable learning awareness of how important environments are on our mental well-being too.

We went on to work together over the ensuing weeks, developing strategies for self-management, overcoming challenges, looking at feeling and emotions and how they influence behaviours, and developing the ability to link and connect them so that change was possible. Trust was built and a space created that enabled safety, containment, reflection and coming to terms with the past.

It also enabled the young person to reach a place where they could believe that positive choices and changes were possible.

Whatever the underlying issues are, individuals who self-harm are crying out for help. And to those people who may view it as attention seeking … Really?!

To physically injure one’s self takes courage, and it is a desperate call for understanding and support, to ignore is not an option.

Katherine Dillon is a Director and Founder of The Seeds of Change.  To find out more about her story, click here

Visit the Our Stories page on our website for more examples of our work with young people who self-harm.

We're looking to recruit 2 new coaches - 1 at our Northants & 1 at our Beds centres. The role involves delivering our programmes to vulnerable or challenging, disengaged young people using the equine facilitated approach.

We're pleased to be taking part in @BedsVeru's Exploitation Through the Lens of Parents conference today.

We're looking forward to hearing the speakers and learning more about how to #seethesigns to help spot the exploitation of children.