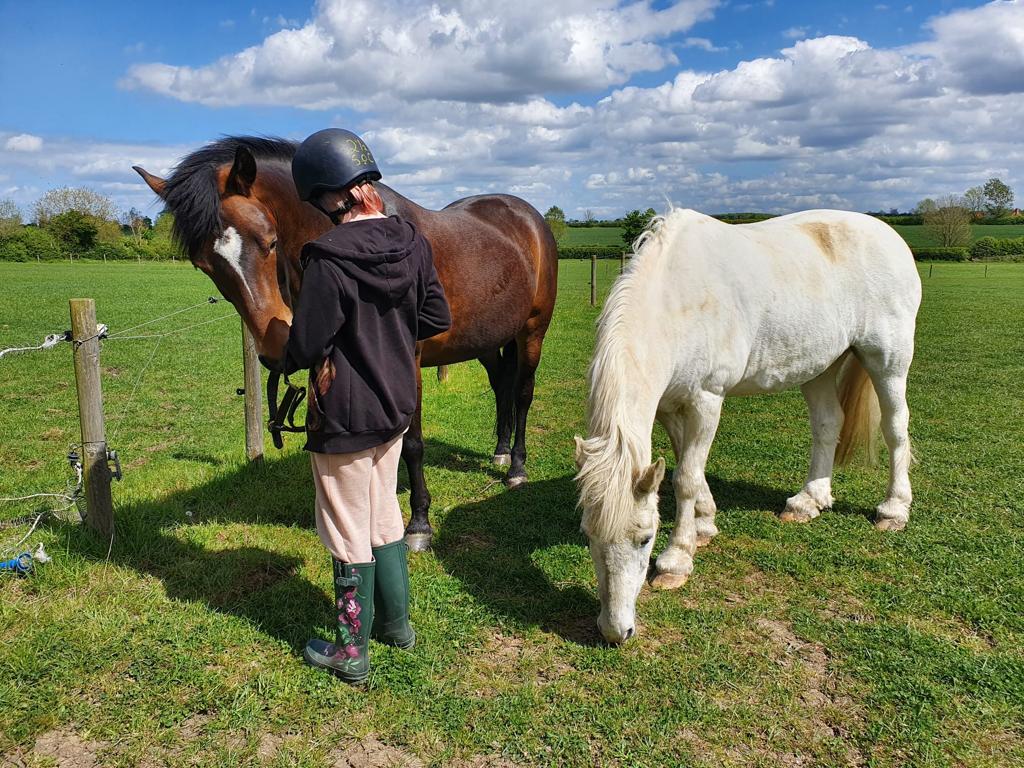 Kirsty*, 17, joined The Seeds of Change in September 2021 following many years out of education. She suffered from severe anxiety which was so debilitating it prevented her from interacting and communicating with anyone other than her mother. She spent much of her time in her bedroom, and rarely left the house.  As a result, she had no friends and her development of social skills had been impeded drastically. Additionally, Kirsty had been diagnosed with autism and found many sensory experiences overwhelming and scary, from touching certain textures to creating eye contact with someone.

Understandably, her mother was extremely concerned for her mental health and wellbeing and were desperate to find someone to help her to engage with the world once again. They discovered The Seeds of Change and felt it may be a great match for Kirsty as animals were the one thing that made her smile.

Following a site visit by her mother where she took photos to show Kirsty, and then a visit by a TSOC coach to meet Kirsty at home, her first session was arranged.

Initially, Kirsty stayed in her car throughout the length of her session but, gradually, due to the support from her coach and the draw of the horses and smaller animals, she began to venture out and engage with activities on site.  Her relationship with her coach and the animals blossomed and they were able to increase Kirsty’s sessions to three half days a week – huge progress for someone who had not left her bedroom throughout the whole of the six months prior to joining TSOC. Her confidence soared and she was happy for her coach to arrange a work experience placement for her in the new year. She was also beginning to open up about her feelings to her mother.

“I have just spoke to Kirsty and she is so happy again and had a wonderful day. Thank you for you continued support, I am so proud of Kirsty for being able to tell me what is causing her anxiety. It’s a massive achievement for her. Thank you again.” Kirsty’s Mother, Autumn 2021

Come February and shortly before her work experience was due to begin, she fell ill with Covid which, unexpectedly, had huge repercussions for her. Kirsty developed a debilitating auto-immune disease from Covid and was hospitalised for eight weeks.  The disease affected her nervous system which in turn made her virtually paralyzed.  Her quality of life was dramatically impinged just as it was starting to improve.

Throughout her time in hospital, her motivation was extremely low and she went back into herself.  Her mother was very worried about her decreasing mental health.  Kirsty’s coach proposed reaching out to her in hospital through remote sessions, allowing her to stay in touch on a regular basis and get updates on the animals she cared about so much, particularly Bob the horse and the guinea pigs.  Her mother said that this alone gave Kirsty the strength to get through this difficult period.

“While she has been in hospital The Seeds of Change has been a lifeline for her – when there wasn’t any hope that was the one thing that kept her going” – Kirsty’s Mother, Spring 2022.

When she finally arrived home, the family was given little support and Kirsty had no access to a wheelchair so was effectively a prisoner in her own home. Her mother was desperate to find a way to get her sessions up and running again in some guise to give Kirsty some hope, positivity and focus to aid her recovery.    With The Seeds of Change’s help, a wheelchair was sourced and risk assessments completed to ensure that Kirsty would be able to access the animals on site safely.

Her only focus now is getting back to The Seeds of Change to her coach and Bob.

We're looking to recruit 2 new coaches - 1 at our Northants & 1 at our Beds centres. The role involves delivering our programmes to vulnerable or challenging, disengaged young people using the equine facilitated approach.

We're pleased to be taking part in @BedsVeru's Exploitation Through the Lens of Parents conference today.

We're looking forward to hearing the speakers and learning more about how to #seethesigns to help spot the exploitation of children.