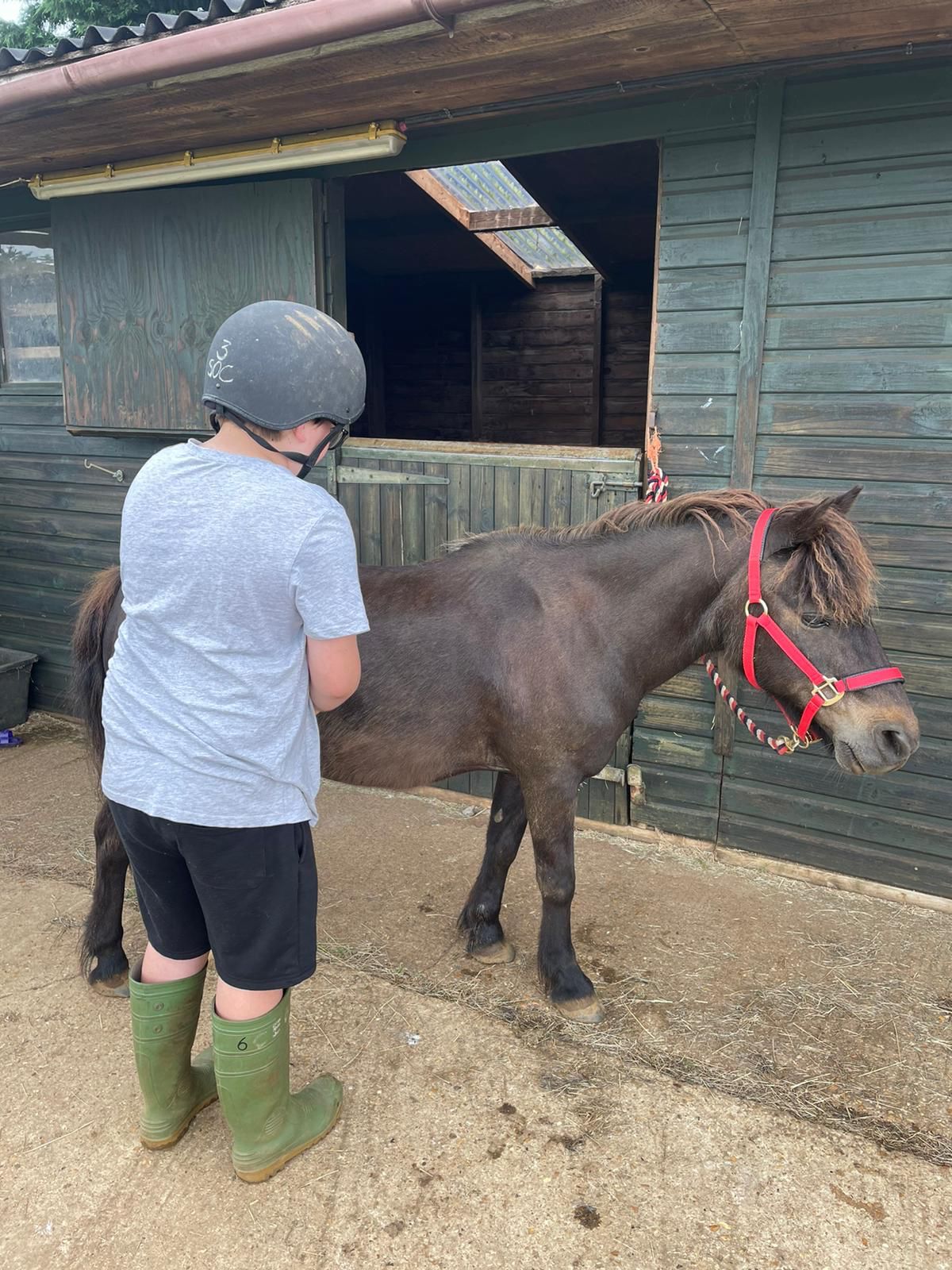 Mason has shown increased interaction and engagement in the sessions throughout the programme.
Mason demonstrated and ability to deal with a change of coach halfway through his programme and appeared to communicate and interact confidently and comfortably and share his experiences with new coach
Mason's confidence in sharing what he'd like to do each session has developed greatly. He is able to lead conversations and take more ownership of the session plan.
Mason has a more open dialogue about his feelings and emotions and able to share previous memories

Autism is a lifelong developmental disability which affects how people communicate and interact with the world. Autism is a spectrum condition and affects people in different ways. Like all people, autistic people have their own strengths and weaknesses. Some difficulties people with Autism may share are social communication and interaction challenges, repetitive and restrictive behaviour, over or under sensitivity to light, sound taste or touch, highly focussed interests or hobbies, extreme anxiety, meltdowns, and shutdowns

Feedback from school
Thank you for another lovely report. I have spoken to the behaviour provision where Kyle attends and they have fed back really positive news. He attended the afternoon session following your session for the first time this week and has been going to English and Maths for the first time in a very long time! They have said that he says he is really enjoying his time with you.
With that in mind, are we in a position to confirm a second block of 6 weeks, with the targets kept the same for now?

Mason is an 11 year old learner who lives at home with his mum, dad and twin brother.

He has an innocent cardiac murmur and was diagnosed with Autistic Spectrum Disorder in 2016. He presents with significant difficulty understanding language and difficulties around his behaviour, social interactions and managing his emotions. He has an EHCP in place.

He is currently receiving education via elective home education and is working significantly below his age related level.

Mason demonstrated his initial unease by hiding behind his dad, not giving eye contact and being very quietly spoken with a lack of interaction. As the session progressed, he began to ask questions about the animals and by week 2, he engaged in a grooming activity and asked coach questions about the different brushes they were using.

Mason's social interaction skills were confident but limited. He happily communicated, informing coach about his week and things going on at home. Over time, he was able to articulate his feelings more, and was able to openly share that he struggles to understand why he's feeling a certain way.

Using a horse was vital for Mason's engagement with his sessions. Mason presented differently each week, as did his engagement levels. He struggled to remain focussed and engaged with class based work, but using visual cues was helpful to get that focus and engagement back.

Practical and visual tasks and the use of body maps of both horses and humans to identify different sensations during times of worry and anger was effective for Mason.
Drawing comparisons between himself and the horse also worked well, as this helped Mason to start to understand his feelings and perhaps why he is feeling a certain way.